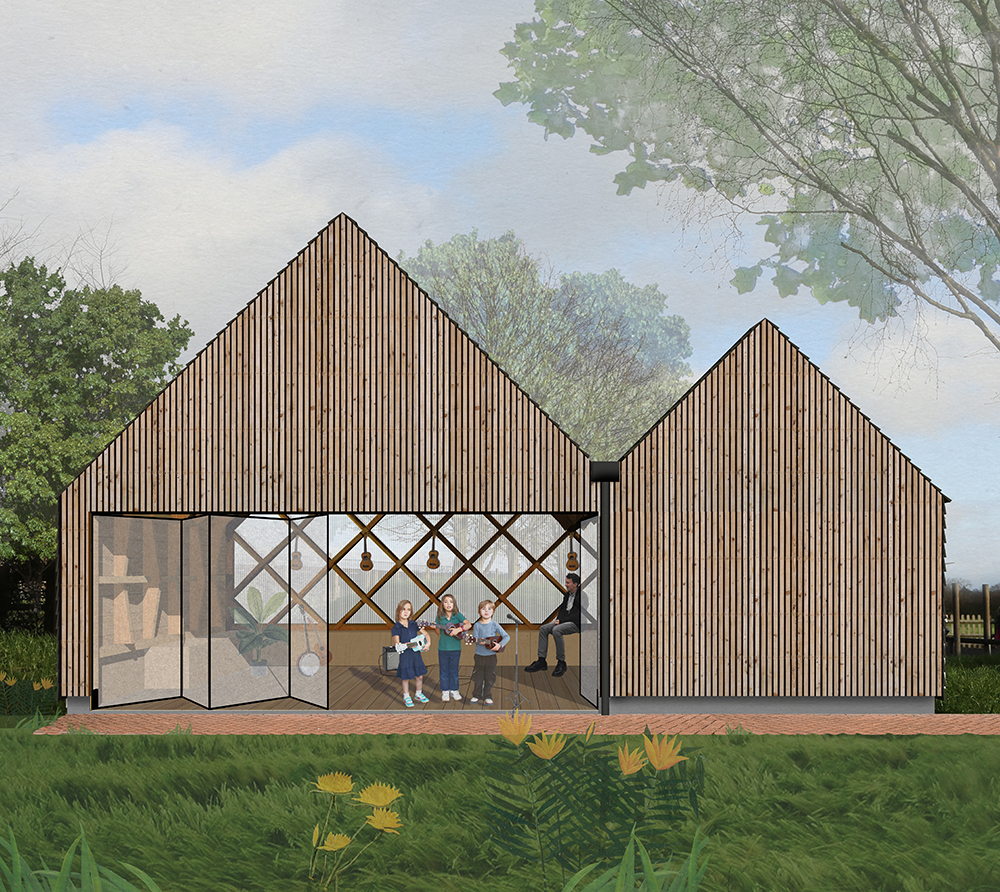 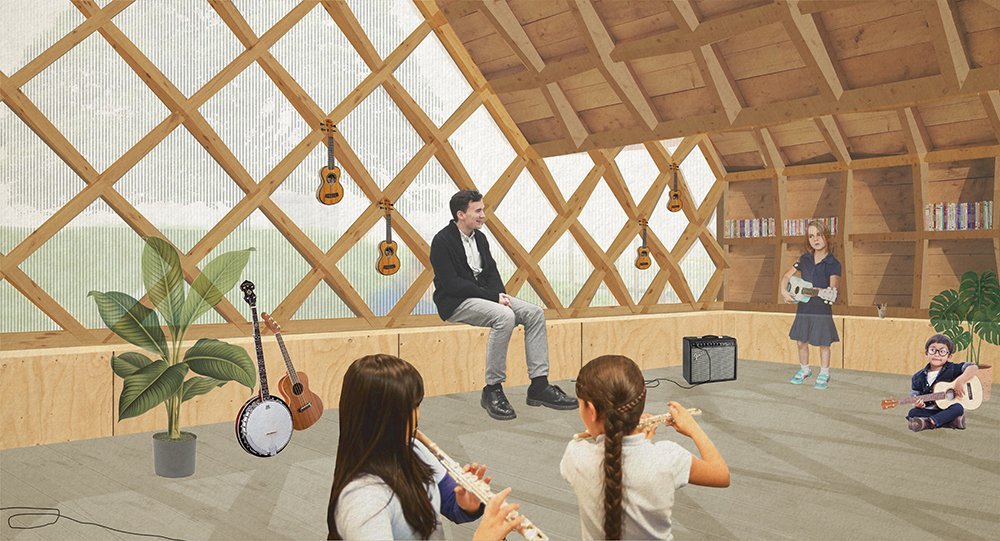 St. John’s is a small state primary school, located in the Buckinghamshire village of Lacey Green. The project to design and build a new music pavilion for the school was initiated as Clementine’s final design thesis at the RCA in 2014, and continued as a long-term collaboration with the local community.

The double-pitched timber structure, which was designed with Webb Yates Engineers, is formed of CNC-milled timber members assembled as an interlocking lattice. The structural concept of a reciprocal frame, with each member resting on the adjacent one, reflects the ethos of collaboration within the project as a whole. Focusing on community involvement, low energy consumption, natural light and renewable materials, the project won the Sustain RCA award in the ‘Visionary Processes’ category, received a RIBA McAslan Bursary, and has also recently been shortlisted for the 2019 Wood Awards.

Phase One was prototyped and fabricated at Grysmdyke Farm, a research and fabrication facility in the village, using timber donated by Hooke Park, a managed forest owned and run by the Architectural Association. All other materials and services were donated in kind. The structure was assembled as part of a two-week AA Visiting School workshop, and then completed over the next five months by Clementine, with the support of the school’s caretaker and volunteers. Phase One opened in 2015 and was initially used as an outdoor pavilion during the summer term.

Dedicated fundraising for the second phase began in partnership with the school’s Parents’ Association in 2017, enabling the structure to be enclosed as a much-needed classroom. The back of the timber frame was clad in polycarbonate panels, which emit even indirect north light into the space all day, and insulation was added to the walls, roof and floor. The cladding on the sides of the structure was brought all the way down to the ground, and storage benches were installed around the perimeter of the room. A new stud wall was built within the front portal frame, and a full-width bi-folding door was installed in the larger of the two gables, allowing the space to open up to the grassy area in front of the building. The front facade was clad with a vertical larch rain screen and the black-stained timber weather-boarding was re-installed on the walls and roof, and re-painted. CIL funding from Wycombe Council enabled two local craftspeople to contribute to the second phase; Design & Making developed storage and seating solutions informed by the rich local furniture-making heritage whilst Karina Thomas’s work focused on improving the thermal insulation and acoustic performance of the space through the installation of a series of woven lambswool panels.