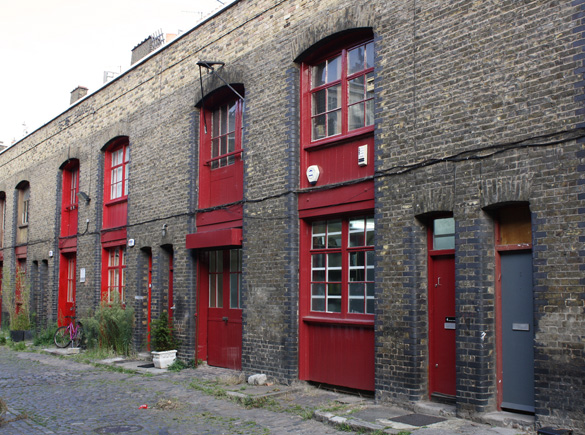 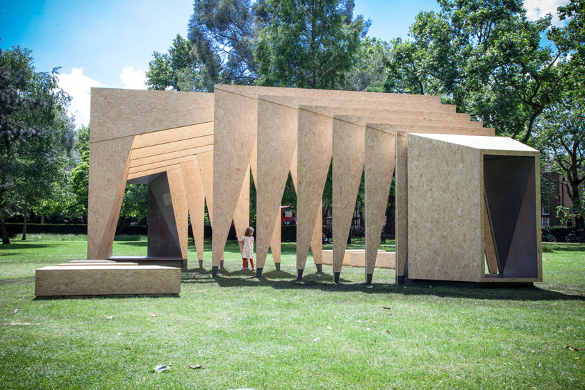 After an initial meeting at the start of the month, I’m really pleased to have Structure Workshop on board as the engineer for the project. The practice comes highly recommended, and has worked on some nice projects of a similar scale such as the Triumph Pavilion in Bethnal Green – so I’m looking forward to the collaboration with Peter and his colleague Hattie. I’ve also been in touch with Chelsfield, the land-owners of the entire site, and Holland Park, the developers who recently completed three OMA-designed residential blocks on the site, to seek their approval for the project. Alongside the Museum itself, these are the two key stakeholders and it’s great to have their support, subject to a final design presentation in September.

I managed to get hold of some plans of the site thanks to Chris Masson, the project architect for the Museum at John Pawson, and we had our first site trip the other day. This was really useful to understand the location, orientation, sight-lines, and over looking, which will all inform the design. One important factor to consider is the timing of the pavilion, which will be on site from November to March, during the cold dark months of the English winter! As such, thinking about lighting and ways in which the structure can function as a beacon or lantern within the landscape is going to be a key driver for the design.

A few weeks ago I took part in a panel discussion at New Designers – ‘Hacking to Sharing: Open design and the role of the Designer’, and more recently had a crit with the curatorial team, as well as Faudet Harrison (who are designing the exhibition space) and Objectif (who are designing the catalogue). Both of these were great opportunities to open up the initial ideas for the project to an insightful and critical audience. I also met with Tony O’Shea, an Operations Manager for Willmott Dixon who’s running the renovation project at the new museum, to discuss the potential re-use of waste materials from the construction site. He had quite a lot of interesting stuff to offer, but the main item of interest was a large amount of 12mm WPB plywood – which I’ve asked to be put aside whilst the design develops. Having  had a break from the project to focus on the Lacey Green Visiting School, it’s now time to knuckle down and start exploring ideas to discuss with Peter & Hattie.