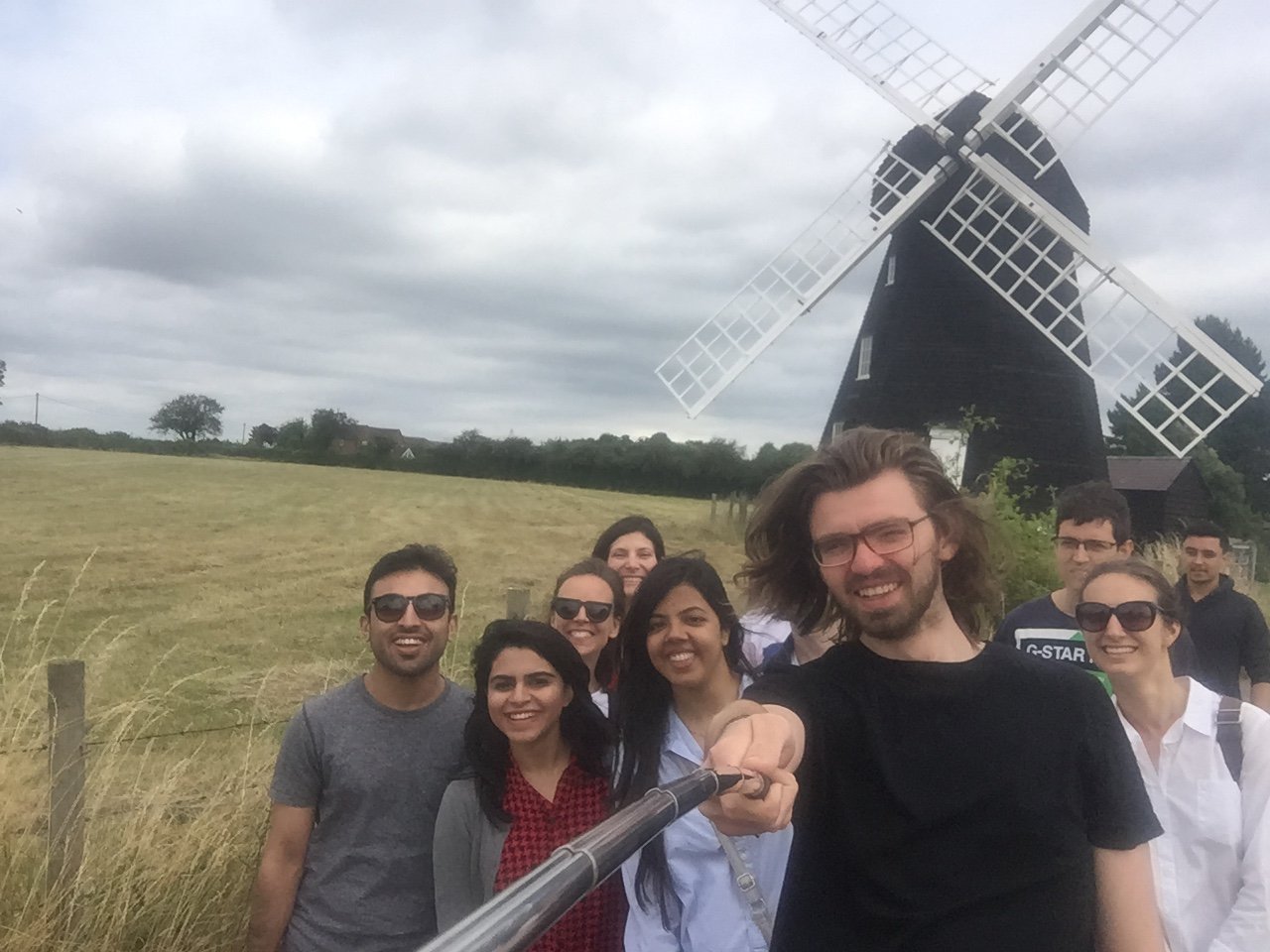 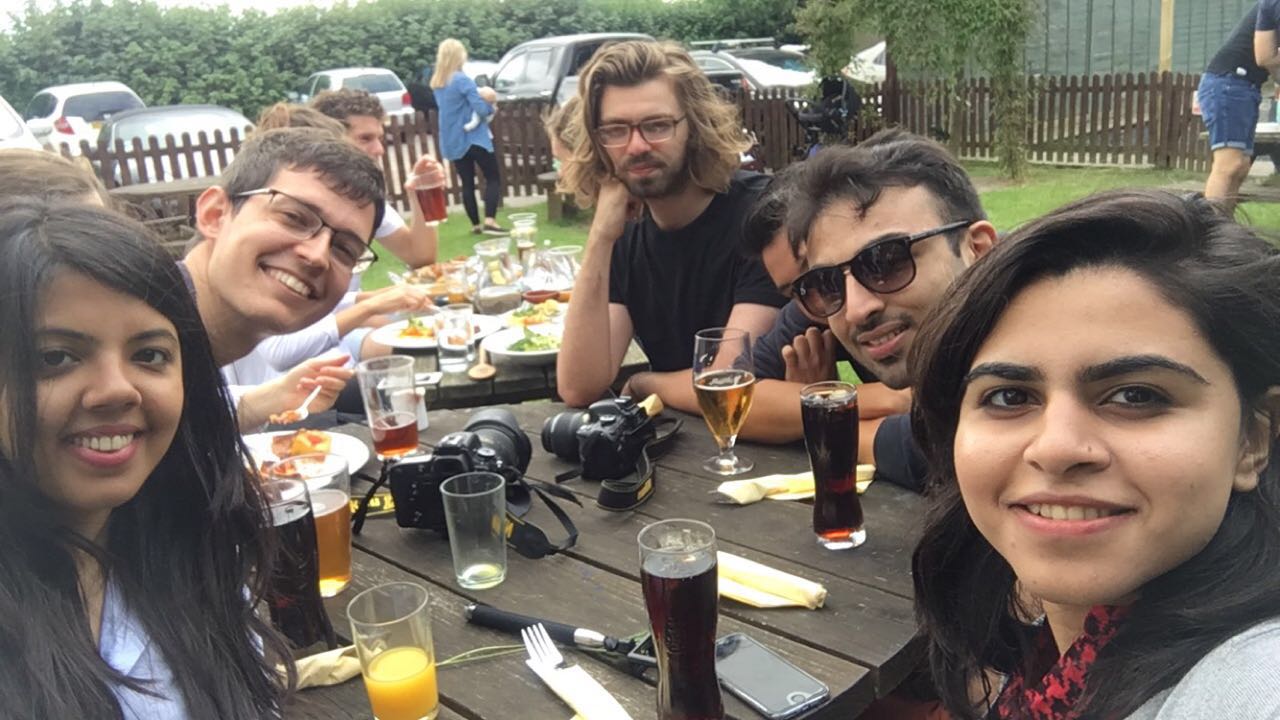 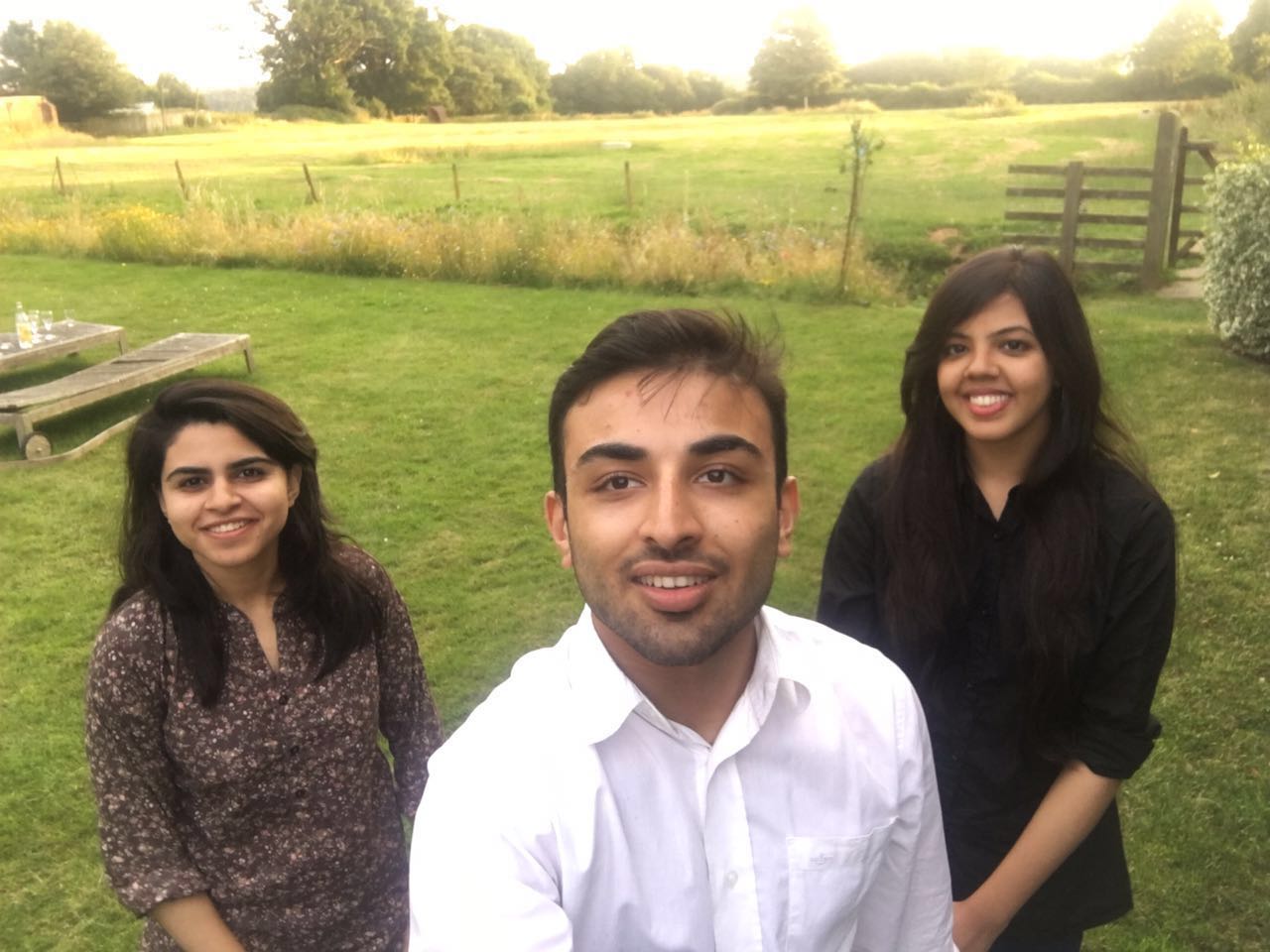 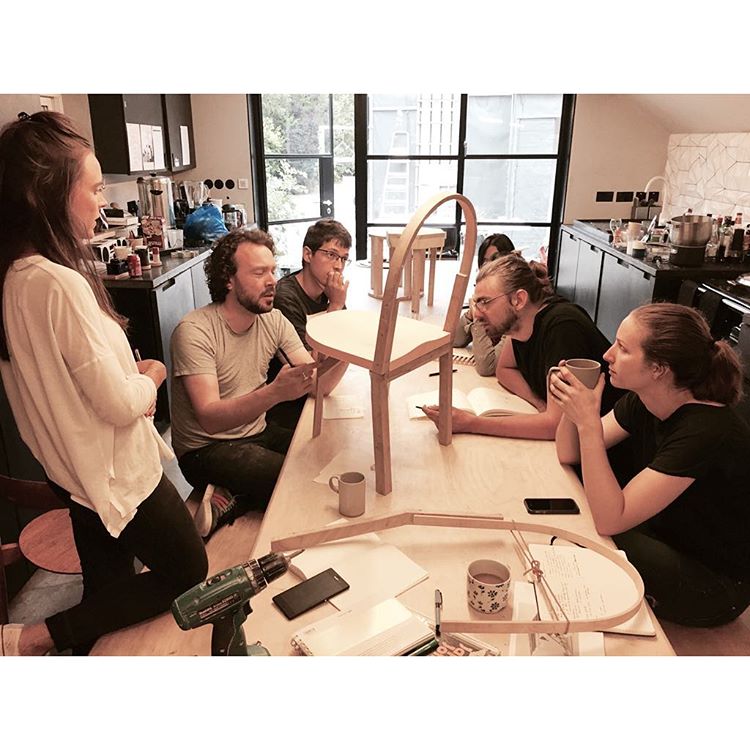 Sunday’s been written up by our resident Yankee, Julia:

Today was a late morning, reflecting a rather late night. After reviving ourselves with coffee and leftovers, we took a little walk up the road to the Lacey Green windmill — which happens to be quite the local landmark! While the exterior was restored a few decades ago, the interior wooden machinery is original and dates back to the 1600s. This makes it the oldest windmill of its kind in the UK. We were struck by how complex the interior machinery was — an endless array of wooden wheels, pulleys, and grinders, all still (theoretically) operable. The mechanics of our little chairs seem rather feeble in comparison!

Following our tour, we took a walk to a local pub, the Pink & Lily, for lunch. We crossed through private pastures in order to get there, traipsing through fields of hay, corn, and even a number of disgruntled (but very picturesque) cows and horses. The whole thing felt very British, at least to me.

During lunch, Areeba’s father’s friend showed up to deliver a birthday cake and homemade Pakistani food! True dedication. We had the dessert in a room named after Rupert Brooke, an early 20th-century poet. The wonders of the Internet revealed that he had in fact been a frequent visitor to the pub back in his time. He even wrote the following cute but not particularly substantive lines about his and his friend’s love for the place:

The afternoon was spent hammering out details (no pun intended!) for both the chair and the stool. For the chair, we had to resolve whether it would have three or four legs, the shape of the seat, whether there was lumbar support at the back, and the overall finishes. For the stool, the main question was the shape of the seat and whether a pattern or overall design would be integrated into the seats such that a visual element would reveal itself only in the collective.

In general, we’re all painfully aware of what little time remains and how much work is still to be done! Whenever we think of our to-do lists (or even making a to-do list) we get a little deflated. That said, Areeba was nice enough to share her Pakistani feast with us for dinner, which raised our spirits considerably!